0 products in cart.
Go to Checkout 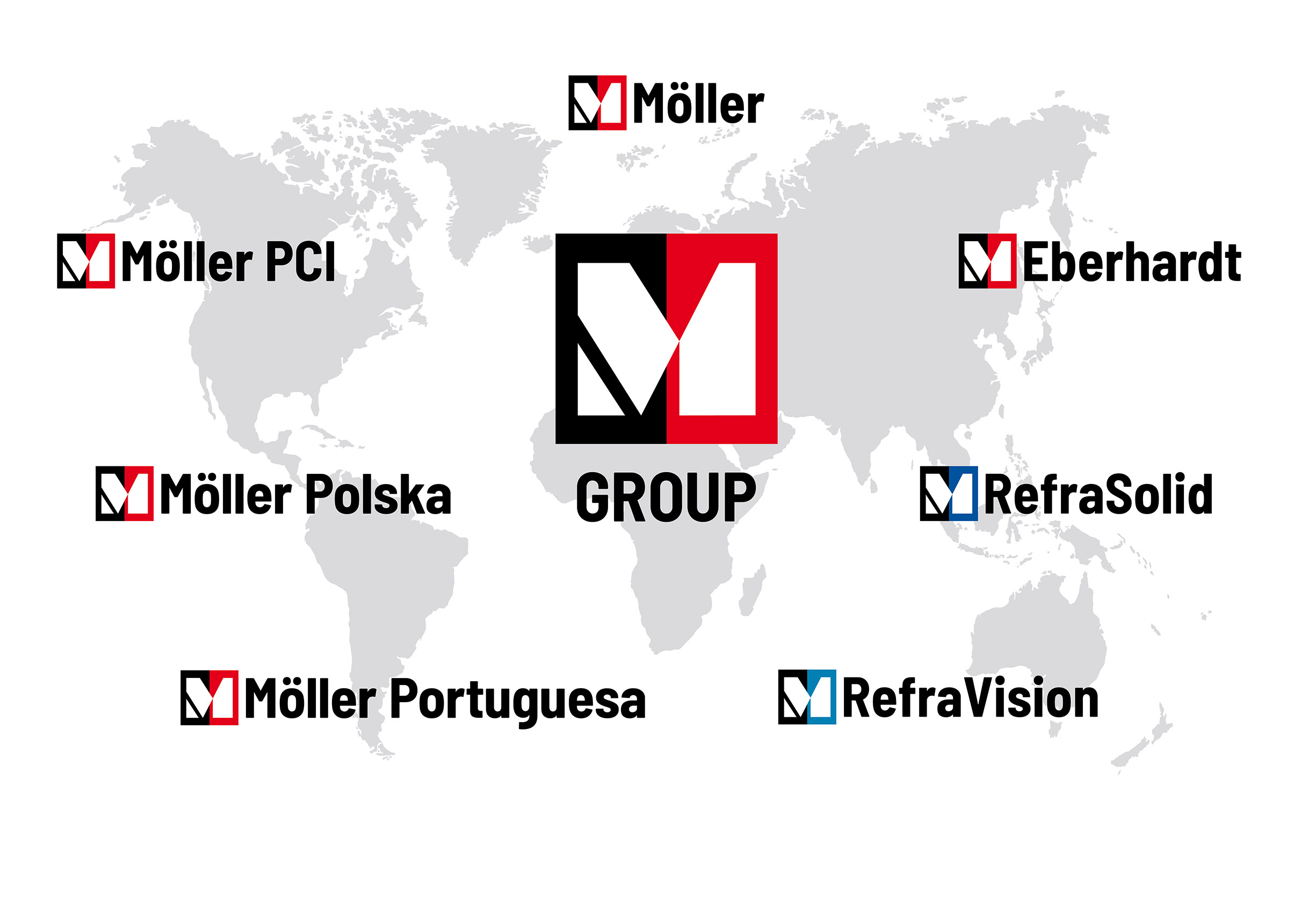 On May 1st, 1966 the engineer Dipl.-Ing. Gerhard Möller founded the company Möller Feuerungsbau GmbH with the takeover of the premises of the company Schornsteinbau-Firma Ferbeck & Cie. This signalled the start of the Möller company’s consistent transformation from an industrial smokestack building operation into an expert team of international refractory and lime shaft kiln specialists. MORE...

In the years that followed the company constantly expanded its range of business fields. While in its early days most of Möller Feuerungsbau’s activity was in the immediate region, its growth quickly grew to include an ever-increasing number of assignments throughout Germany and then later abroad. The wood-based materials, cement and boiler facility industries were the primary sectors where Möller’s great reputation quickly spread.

In 1986, 20 years after the company was founded, it was joined by economist Dipl.-Betriebswirt Klaus Röpke. Two years later Mr. Rökpe’s wife and company founder Mr. Möller’s daughter, business administration graduate Dipl.-Kauffrau Anke Röpke, joined as well, completing the ranks of the executive management team and assuring the smooth transition of the family operation into its second generation. Klaus Röpke increasingly gave the company an international focus in his sales, marketing and production duties. Today, partners and customers from all over the world appreciate the expertise and know-how of Lemgo, Germany’s niche specialists.

To better meet the needs of customers abroad, subsidiaries were initially established in European countries and then later around the globe. The M-Group was born. Known meanwhile throughout the world, the company’s inimitable logo now also became its brand.

In 1993, the foundation of the Schwab company expanded the group’s business fields once again to include vertical lime shaft kilns. Distinguished by the character of its founder Harald Schwab, Schwab GmbH had been a leader in refractory technology for lime shaft kilns for decades, creating a broad spectrum of innovations as well as driving and establishing developments that are still valid today. It’s no coincidence that the industry still speaks of the so-called “Schwab lining” today.

In 1998, coinciding with large-scale assignments from the cement industry, the subsidiary Moller Spolka sp.z.oo was founded in Poland. A good decision, as the years that followed would demonstrate, enabling the M-Group to establish and train some 50% of the assembly personnel the company deploys around the world. Today, Moller Spolka sp.z.oo. is acknowledged as a major player and a guarantee for the consistent high quality the M-Group is known for.

In 2003 the M-Group moved into new terrain. The group’s customer of many years, the Eberhardt company, had been struggling. The M-Group’s takeover heralded its entry into the plant engineering sector, with a special focus on lime kiln construction for the sugar and soda industry. In the following years Eberhardt GmbH also consistently expanded its portfolio by additionally modernising and optimising other types of lime shaft kilns. As such, the merger between the two lime kiln specialists into the new Eberhardt Schwab GmbH company in 2018 represented a consistent step toward wholly embodying “Bundled lime expertise from a single source”.

In 2004 a series of large-scale assignments in Ireland led to the foundation of an affiliated company in the country. Möller Ireland set off successfully with the slogan, “We are Irish”. An on-site rep operation combined with an extensive refractory warehouse remains greatly appreciated by our Irish customers today.

2006 witnessed the group’s entry into Britain. Möller UK was established in Rotherham, England, also with a large materials warehouse.

In 2014, the M-Group entered into a joint venture via its subsidiary Möller UK with its competitor at the time, Platinum Controls Installations. Since the resulting new company was founded, Möller PCI has continued to achieve exemplary success.

In 2018 we once again dared to enter into a new field of business. Safety technology and workplace protection are rightfully playing an ever-more important role on construction sites. With RefraSolid GmbH and its principal focus on manufacturing and marketing safety products and concepts for the refractory industry, we can now also offer our customers in this segment an expert partner within the M-Group.

Acquisitions and joint ventures with Eberhardt (2003), PCI (2014) and RefraSolid (2018) along with the merger of Eberhardt and Schwab (2018) ensure today that the M-Group, three years after its 50thanniversary, stands stronger and more proficient than ever before.

With the three pillars comprised of refractory technology, lime kiln technology and safety technology, the M-Group has already set off on the pioneering journey toward Industry 4.0. With digitalisation and innovative construction site concepts we will continue to be pioneers, so that we can still be pleasing our customers every day 50 years from now!

We ensure you to do everything in our power, to execute the planned installation and material orders in the usual timely manner, in compliance with current Corona-regulations. Should we experience limitations because of latest travel policies of the countries, we will inform you immediately.